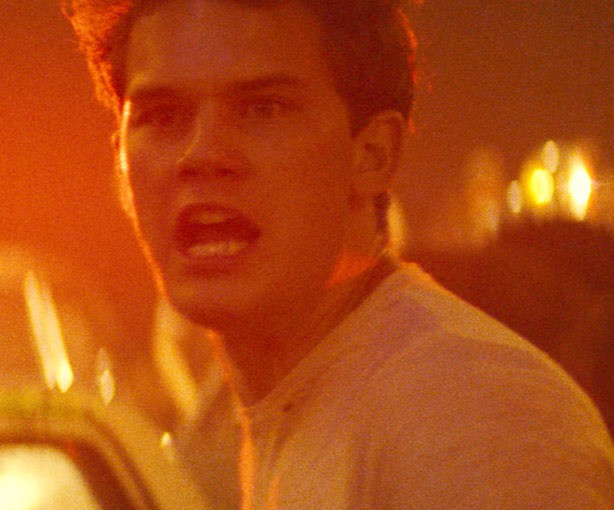 JEREMY IRVINE (Danny Winters) made his feature film debut in Steven Spielberg’s War Horse, in which he starred as Albert, a young man who travels to France to find his horse, Joey, who has been sent to fight in World War II. The film received a Best Picture nomination for the 2012 Academy Awards® and Golden Globes®.

Irvine was most recently seen opposite Colin Firth and Nicole Kidman in The Weinstein Company’s The Railway Man, based on a true story of British Army officer, Eric Lomax (played by Irvine), who was tormented as a prisoner of war at a Japanese labor camp and years later sets out to confront his captor. Irvine was also seen in BBC Films’ Great Expectations, in which he starred as Pip. Directed by Mike Newell, the film was adapted from Charles Dickens’s classic novel and also starred Ralph Fiennes and Helena Bonham Carter. It was the closing night film at the 56th BFI London Film Festival and made its premiere at the 2012 Toronto International Film Festival.

In 2012, Irvine starred opposite Dakota Fanning in Now Is Good, about a young teenage girl with a terminal illness who resolves to live her life on fast forward. Directed by Ol Parker, the film is based on Jenny Downham’s novel Before I Die.
Irvine recently wrapped production on Fallen directed by Scott Hicks and starring Addison Timlin and Joely Richardson. The film follows a young girl who finds herself in a reform school after therapy and drawn to a fellow student who is actually an angel who has loved her for thousands of years. Irvine also wrapped production on The World Made Straight, in which an Appalachian community is haunted by the legacy of a Civil War massacre. The film also stars Haley Joel Osment and Minka Kelly.

Irvine recently completed production on the horror film The Woman in Black: Angel of Death, based on the Martyn Waites novel of the same name and directed by Tom Harper and co-starring Helen McCrory and Phoebe Fox. The film is a sequel to The Woman in Black, taking place 40 years after the first haunting at Eel Marsh House. Irvine also completed production on the thriller The Reach opposite Michael Douglas who also serves as a producer. Directed by Jean-Baptiste Léonetti, the film sees a hunting enthusiast played by Douglas hire a guide to take him on a trek through the desert. As the trek goes on, the hunter becomes a merciless torturer to the guide, played by Irvine, putting him through painful mental and physical tests in the middle of the desert.

Bolstering his on-screen talent, Irvine spent a year at the London Academy of Music and Dramatic Art and has appeared in stage productions including the Royal Shakespeare Company’s Dunsinane, an update to Macbeth.