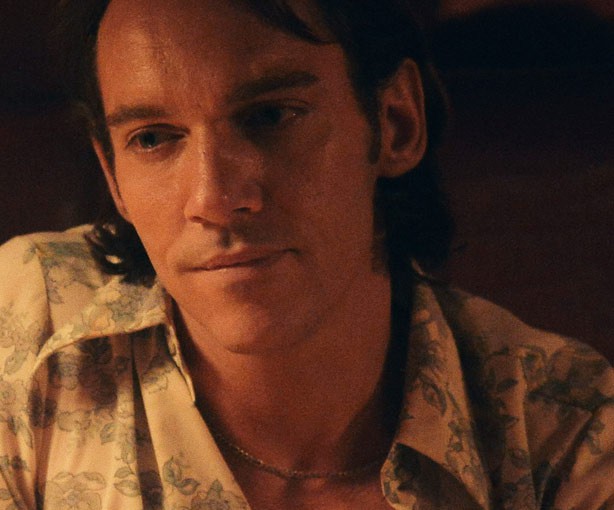 JONATHAN RHYS MEYERS (Trevor) first gained international attention and a London Film Critics Circle Award for his starring role in Todd Haynes’s Velvet Goldmine with Ewan McGregor, Christian Bale and Toni Collette. Since then, Rhys Meyers has snatched up a Golden Globe Award® for “Outstanding Lead Actor in a Miniseries or Movie” for his portrayal of the young Elvis Presley in the CBS television miniseries Elvis and also received an Emmy® nomination for the role – the flawless portrayal of the King by a young Irish actor floored critics and audiences alike. He was honored again when he received his second Golden Globe® nomination for his role as Henry the VIII in The Tudors. Rhys Meyers continues to land leading roles opposite today’s hottest film actors and directors, and has emerged as one of Hollywood’s most sought after leading men.

Rhys Meyers starred as the lead in the NBC drama Dracula, produced by Colin Callender and Tony Krantz. Rhys Meyers was recently seen opposite Lilly Collins in Mortal Instruments, an independent feature based on the popular adult trilogy City of Bones. He also appeared in the critically acclaimed feature Albert Nobbs, starring opposite Glenn Close and Brendan Gleeson.

Rhys Meyers is also recognized for his role as the girls’ soccer coach in the award-winning sleeper hit Bend It Like Beckham, in which he starred with Keira Knightley and Parminder Nagra. Rhys Meyers other film credits include starring roles in Oliver Stone’s epic Alexander, and in Mira Nair’s Vanity Fair, with Reese Witherspoon.

On the small screen, Rhys Meyers has starred in a wide range of long-form projects, both in the US and in the U.K. Among his television credits are the Showtime presentation of The Lion in Winter, with Patrick Stewart and Glenn Close, Alfonso Arau’s The Magnificent Ambersons, the mini-series Gormenghast, and Samson and Delilah.

Born in Dublin, Ireland, Rhys Meyers made his film debut in A Man of No Importance, and then played the young assassin in Neil Jordan’s biopic Michael Collins. His subsequent film credits have included: The Maker; Telling Lies in America, starring Kevin Bacon; The Governess, opposite Minnie Driver; the thriller B. Monkey; Mike Figgis’s The Loss of Sexual Innocence; Ang Lee’s Western Ride with the Devil; Julie Taymor’s Titus, with Anthony Hopkins and Jessica Lange; Prozac Nation, opposite Christina Ricci; thriller The Tesseract; the crime drama I’ll Sleep When I’m Dead, with Clive Owen and Charlotte Rampling; and The Emperor’s Wife.