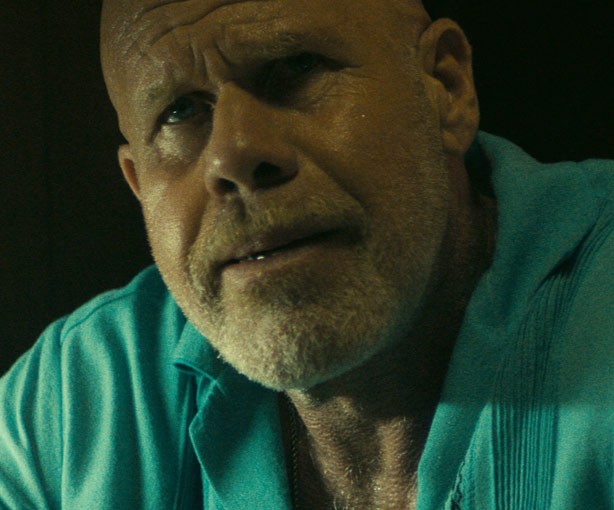 An award-winning actor, RON PERLMAN (Ed Murphy) has moved seamlessly between the worlds of film, television and theater for four decades. Having received his Master of Fine Arts degree from the University of Minnesota, he returned to his native New York City to begin his professional career. His first years kept him exclusively in the theater, delving into the works of Beckett, Pinter, Ibsen, Marlow Chekhov and Shakespeare.

Perlman’s film career began in the early ‘80s with his first of three collaborations with Jean-Jacques Annaud, Quest for Fire, for which he was nominated for a Genie Award, Canada’s equivalent to the Oscar®. He went on to make two more films with Annaud, Umberto Eco’s The Name of the Rose with Sean Connery, and Enemy at the Gates, with Jude Law and Rachael Weisz.

The last half of the ‘80s found Perlman in primetime on CBS in the critically acclaimed Beauty and the Beast opposite Linda Hamilton, for which he won a Golden Globe®, two Emmy® Nominations, and three Viewers For Quality Television Awards.
The ‘90s marked the beginning of what would become a signature collaboration with the brilliant Guillermo del Toro. Their first film together, Cronos, won the Critics Award at Cannes and projected del Toro into film history. They next did Blade II, which established del Toro’s box office bonafides and allow him to launch the Hellboy franchise, which found Perlman in the title role. Perlman and del Toro continue their collaboration to this day, most recently with Pacific Rim and The Book of Life, an animated film released in the fall of 2014.

Now that Perlman’s historic six-year run playing the explosive Clay Morrow in FX’s Sons of Anarchy has come to a close, he is set to produce and star in the new Amazon one-hour series, Hand of God, written by Ben Watkins and directed by Marc Forster. He is also poised to begin a 10-picture slate that he will produce for his very own production company, Wing and a Prayer Pictures, which will augment the 45 independent films he has already loaned his talent to. The first of these new films, Wooden Lake, which Ron will direct, will go into production this summer.

Since wrapping on Hand of God, Ron signed on to shoot three movies back-to- back. First was Skin Trade opposite Dolph Lundgren, Peter Weller and Michael Jai White, and then Moonwalkers, which he recently wrapped, starring opposite Rupert Grint.

Ron even found time to pen a memoir, Easy Street: The Hard Way, in collaboration with Michael Largo for Da Capo Press. The book was released in September 2014.